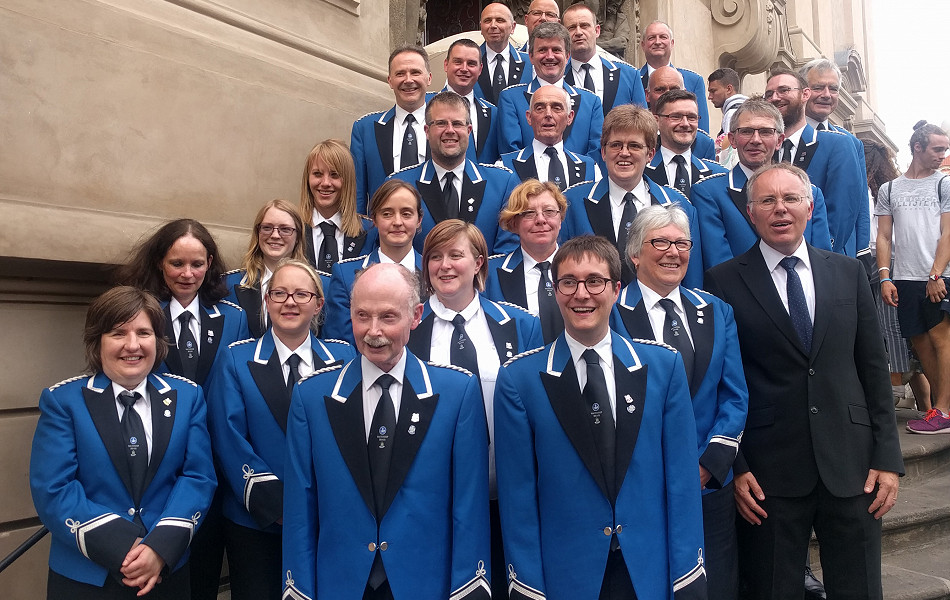 One of our community brass bands from Berkshire has become a great advocate of European and international music touring, as a showcase for UK music, and as a way of sharing brass band music with other countries.

Watership Brass, the Newbury Town Band, enjoyed a fantastic five-day music tour to Prague this summer. This was the band’s eighth tour abroad; they have previously toured in destinations across Europe, as well as Canada and South Africa; once their tour took them to three countries - Netherlands, Germany and Luxembourg – and they performed a concert in a different country each day!

“Going on tour is a great way to encourage participation in brass music and share our passion with lots of people,” says solo horn player and tour leader Clare Chapman.

“It’s important to perform to different audiences, so it’s a privilege to have the opportunity to take the band on tour to different countries and cultures and play to audiences in new and exciting venues.”

The band’s Musical Director, Mark Picken, adds, “As a non-contesting band, it also gives us an exciting and enjoyable challenge to work towards.”

“Having to adapt our performances and repertoire to suit the varied concert venues has certainly helped the band to progress musically.”

Of the 28 players in the band, 26 flew to Prague with eight supporters, while the other two band members drove ahead with all the instruments and gear in a van.

They played three concerts over the long Bank Holiday weekend. The first was at St Nicholas Church, situated right in the centre of Prague in the Old Town Square. They made the most of the acoustic and played to a full house of invited audience members.

“It was a fantastic experience for the band, who don’t often have the chance to perform in that kind of environment,” says Clare, “we were made very welcome and it was wonderful to be able to play there.”

In contrast, the second concert was outside in a park, something the band is more familiar with. For this they travelled out by coach to the Spa Town of Poděbrady. Their variety of British and Czech inspired music went down very well with the local audience who gave them a standing ovation and demanded an encore.

The last full day saw the band head to Prague Castle where they played a morning concert in the square to bus loads of tourists, who were heading towards the main attraction of the changing of the guards; most stopped to listen to the varied programme, this time, with an international feel.

“It was a great way to end the musical aspect of our tour”, says Clare, “there was a great atmosphere, good acoustics and it was an amazing setting”.

The band concluded its time on tour by enjoying a well-earned evening jazz cruise down the river Vltava, against the stunning backdrop of the illuminated Prague skyline.

“We have been on many tours but this one stands out as one of our favourites. Prague is a beautiful city and we had plenty of time to explore and socialise. We came back buzzing!”

Senior Account Manager Alahree McDonell was delighted to be able to join the band for their music tour: “It was great to have an opportunity to see the group and meet the band members ‘in situ’”, says Alahree. “I was so moved by their rendition of ‘I Vow to Thee My Country’ which they performed in St Nicholas Church, Old Town and that’s something you just can’t experience behind a desk!”

Find out more about our Prague music tours or all our European music tours.

All our music team are

Read our other blogs

Discover the joy of singing on a UK choir tour 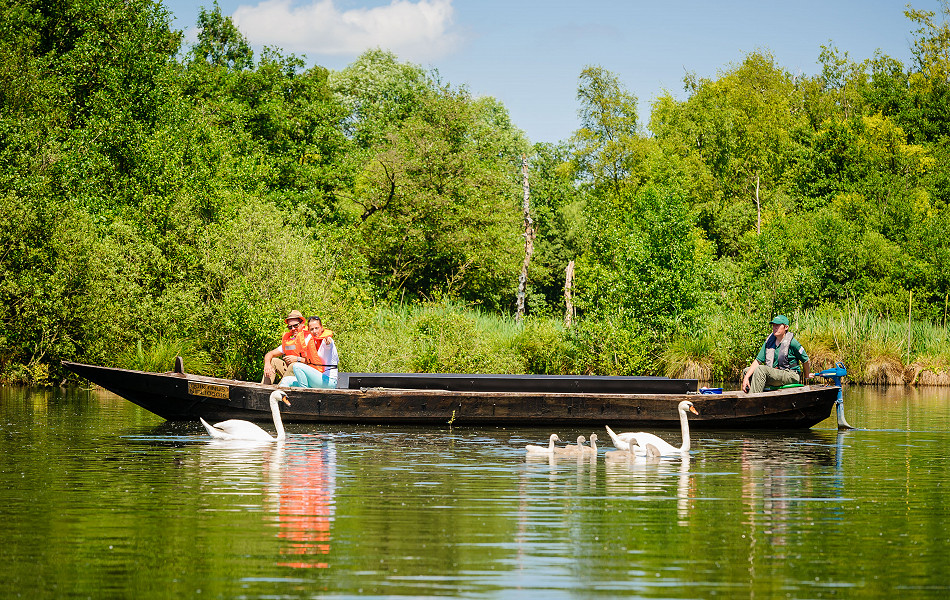 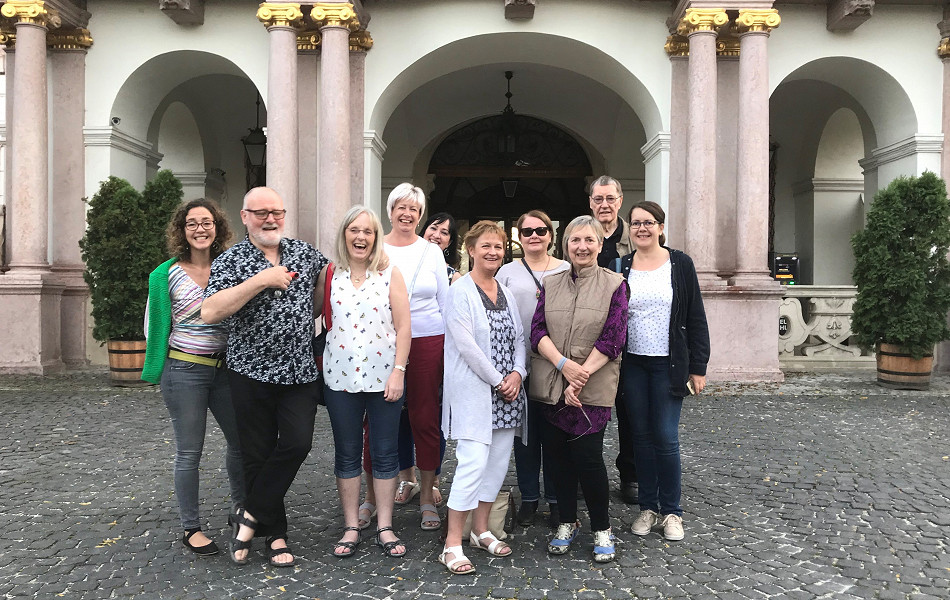 Choir leaders give Hungary the thumbs up